A Consumer Proposal can Eliminate your Debt and Change Your Life!

How do I know if my Proposal is Accepted?

Some creditors choose not to respond or participate, and are not included in the vote count before bound by the results of the vote.

HOW LONG DOES IT TAKE TO FIND OUT?

HOW ARE THE VOTES DETERMINED AND COUNTED?

In order to be approved, your Consumer Proposal requires the creditors casting votes to vote in favour of your Consumer Proposal. Creditors are provided with one vote for each dollar they are owed, and a simple majority of the votes is required for acceptance. The creditor with the most votes has the most influence over the outcome of the vote. In order for a creditor’s vote to count, they must file a valid Proof of Claim with the Proposal Administrator or Trustee prior to the 45 day deadline. Creditors who do not submit a claim prior to the deadline are not considered in the vote, and are excluded from the tally.

In other words, you only need the participating creditors to cast a majority of the votes in favour of your Consumer Proposal. In order to illustrate how a typical vote works, we provide the
following example:

In order for your Consumer Proposal to be accepted, you only need creditors holding claims totaling $12,501 or more to vote in favour of your Consumer Proposal. In other words, only 50% plus 1 of the $25,000, NOT 50% plus 1 of the total $35,000 you owe. In this scenario, if one creditor holds more than 12,500 votes, and that creditor votes in favour of your Proposal, it is accepted even if the other three, having less than 12,500 votes, vote against it.

WHAT HAPPENS IF NO CREDITORS VOTE?

It may seem strange that creditors do not participate, but when asked why, they often say that they didn’t care one way or the other, and would let the other creditors decide. If everyone does that, and no votes are sent in, the deeming provision applies, and the Proposal is accepted.

CREDITORS CAN REQUEST A MEETING AND EXTEND THE VOTING PERIOD

Creditors holding claims exceeding 25% or more of your total debt can vote against a Consumer Proposal and request a meeting of creditors. The Trustee, upon receiving such a request, must schedule a meeting within 21 days, and you are required to attend the meeting in order to respond to any questions or concerns your creditors may have.

A request for a creditors’ meeting extends the timeframe for submitting creditors’ votes from 45 days to the date of the creditors meeting. If a request for a meeting comes in on the very last or 45th day, the voting period could potentially be extended from 45 days to 66 days, or just over two months (45 + 21 = 66). Any creditor can submit a vote until the end of that timeframe, and if
they so choose, they can change their vote during that time frame as they see fit.

It is our experience that creditors requesting a meeting are usually looking for a debtor to amend their Consumer Proposal, by increasing the payments they have offered to make. It is critical that you be available at that meeting in order to consider any amendments, because if an amendment to your Proposal is tabled by a creditor in order to secure their vote, and you are not there, the negative vote will count and your Consumer Proposal will be rejected.

ALL CREDITORS ARE BOUND BY THE RESULTS OF THE VOTE

Once the votes are counted and your Consumer Proposal is accepted, all your unsecured creditors are bound by the terms of your proposal, regardless as to whether they participated or not, or even if they voted against the Proposal.

Back to Consumer Proposals

Send us an Email, Ask us a Question, or Have us Call You! 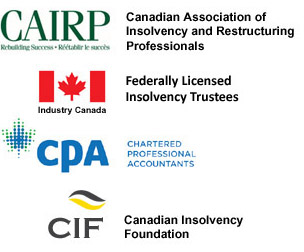